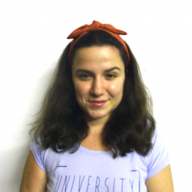 A recent report, published by Labour Behind the Label, found that a shocking number of 31 out of 32 fashion brands are unable to provide proof of a living wage being paid to their workers.

Among the companies investigated were high street fashion giants such as H&M and Inditex (owner of Zara as well as other brands), suppliers of supermarkets Tesco and Sainsbury’s along with Amazon. (See our alternatives to Amazon shopping guide).

With at least a quarter of its supply chain workers being paid a living wage, Gucci was the only company investigated that scored slightly better on the issue. However, it is only some garment workers based in Italy who receive the living wage from Gucci, while this is denied to others in the country and to those who produce clothes for the company in other parts of the world.

Unfortunately, poverty wages have long been the norm in the garment industry. This is primarily because of the ease at which the companies can relocate manufacturing, countries thus being embroiled in a race to the bottom in regard to wages.

As brands are often absent at negotiations, the responsibility of paying fair wages is often left to suppliers, despite the power lying primarily with the brands. To make matters worse, workers are often not appropriately represented in wage negotiations and are replaced with people selected by the employers association or from state-affiliated unions.

The consequences of the widespread practice of low wages are cruel – the families of these workers have to tolerate poor housing, lack of food and debts.

A primary recommendation of the report is the adoption of legally-binding agreements instead of the present voluntary claims. This would ensure parent companies pay suppliers sufficiently so that they are able to pay living wages to their workers.

The full report is available here and contains the full list of companies which were examined.

Labour Behind the Label is the only British campaign group that has been specifically dedicated to workers’ rights in the world’s clothing industry and has been raising awareness, conducting research and lobbying on related issues since 2001. It is a not-for-profit cooperative organisation based in Bristol, UK.

Sign up now to our email newsletter for a free digital copy of Ethical Consumer magazine.

We always check the ethics of our advertisers

Detailed ethical ratings for over 40,000 companies, brands and products, plus Ethical Consumer magazine.